Alzheimer’s is a disease that affects hundreds of thousands of families every year. According to recent estimations, 5.3 million Americans are currently living with the disease, 5.1 million of whom are aged 65 or older.

Because Alzheimer’s is so common, it benefits family members to be aware of the early signs of Alzheimer’s disease. Although there is no cure for Alzheimer’s, early detection can lead to better care and treatment as the disease progresses.

Memory loss is one of the most common and most easily recognized symptoms of Alzheimer’s. Most people in the early stages of the disease will begin to forget information they have recently learned and may begin to forget important dates, such as birthdays, anniversaries or holidays.

Affected people may also forget important life events and may not remember, for example, that their daughter recently had a baby. Some affected people may ask the same question time and time again or tell the same story in a loop-like fashion. As the memory loss progresses, many individuals begin to use memory devices like notes, to-do lists or electronic reminders in an attempt to cope with their symptoms.

2) Confusion Regarding Time and Place

If you notice that a loved one has begun to confuse times or locations and has exhibited behavior like switching meals (dinner for breakfast, etc.), it may be time to call a doctor. Many patients in the early stages of Alzheimer’s have difficulty with the concept of time and will also struggle to understand that something will happen in the future but is not happening now. The confusion of time often goes hand-in-hand with a confusion regarding locations and people exhibiting these symptoms often forget where they are or how they have gotten there.

If you notice that a loved one is having a hard time remembering how to do basic tasks like watering plants or driving to an old friend’s house, pay some extra attention. People suffering from the early stages of Alzheimer’s often experience difficulty with familiar tasks and may slowly lose their ability to execute simple chores without help.

For many people in the early stages of Alzheimer’s disease, problem solving can quickly become an issue. Many individuals find it difficult to manage a budget, follow directions, read a recipe or keep track of mail. Additionally, these people may have a difficult time navigating daily frustrations like lost items or scheduling conflicts. Often, difficulty concentrating and frustration accompany these symptoms.

If you notice that your loved on is having a tough time understanding photographs or judging distances, it is likely that this is an early indication of Alzheimer’s. Often, people who are beginning to exhibit symptoms of the disease will have difficulty interpreting color and contrast and may be unable to drive due to dangerous and disorienting issues with depth perception.

Does your loved one have new or worsening speech problems? If you notice that somebody you know has begun stopping mid-sentence, stumbling over words, confusing phrases or repeating themselves often, it’s time for a medical evaluation.

One of the most surprising symptoms of Alzheimer’s is that people often begin to forget simple phrases. For example, these people may call an oven a “cooking box.” Problems with speech, vocabulary and forming sentences are common symptoms of this troubling disease and deserve immediate attention.

If your loved one begins to misplace things around the house and cannot remember where they’ve been in order to retrace their steps and find the lost items, it’s time to take notice. Confusion and lack of short-term memory are both early signs of the disease and can quickly transition into full-blown dementia. Often, these symptoms are accompanied by anger and those afflicted may accuse loved ones of stealing, playing trick on them or hiding things.

Alzheimer’s symptoms often cause people to become moody, depressed, paranoid, fearful, anxious or angry. People in the early stages of the disease often get agitated easily and may respond to the confusion, discomfort and distress they often feel by sobbing, becoming angry or lashing out.

In addition to getting these individuals medical help, family and friends need to know that this behavior, while it can be emotionally devastating, is not personal. Alzheimer’s is a complicated disease and it often causes people to change dramatically in a short period of time. Trust that the best thing you as a friend or family member can do is get the affected person medical assistance and provide support and love throughout the treatment process.

If you notice that your loved one has recently withdrawn and has stopped seeing old friends or participating in volunteer work, family events or community engagements, it may be time for a medical check-up. Alzheimer’s symptoms, specifically confusion and the disorientation, can cause people to become depressed and withdraw from friends and family in an attempt to hide their symptoms from friends and loved ones. Often these people will try to downplay their withdrawal and it is up to friends and family members to investigate further. Although they may insist against it, individuals that are decreasing their social activity are at a heightened risk of depressive symptoms and need help and support immediately.

10) Poor Judgment or a Lack of Risk Assessment

People in the early stages of Alzheimer’s disease may exhibit poor judgment with money, safety or personal belongings. For example, affected individuals may make large infomercial purchases or go outside in frigid weather without a coat. They may also leave stoves on, leave candles burning when nobody is home, leave a car running in the driveway or abandon personal hygiene. These are all alarming symptoms that require family members to take notice.

What to Do When a Loved One Has Alzheimer’s
In the early stages of the disease, individuals tend to be very independent and many affected people still drive, maintain social lives, conduct volunteer work and keep in touch with family. During this stage, the most important role loved ones can play during this time is to be a force of support and friendship while also assisting in planning for future care.

As Alzheimer’s disease progresses, people often undergo noticeable changes in their ability to speak, function independently, drive and eat. Typically, these changes occur slowly and it is not uncommon for affected individuals to maintain some level of independence for years. During this time, the best thing that friends and family members can do is act as an advocate for the affected person and helping him or her do routine things, such as making appointments, remembering important dates or events, paying monthly bills, taking medications on time, dressing, and cleaning the house. Although these tasks may seem small and inconsequential, they will be great help to the affected person.

As the disease progresses, friends and family members often feel as if there is nothing they can do and that is when love and support is most needed. In addition to loving the person affected by the disease, friends and family members should also reach out to their community for support and assistance. Although Alzheimer’s is a difficult disease, it is much easier for patients and their families to cope when they are surrounded by ample love and support. 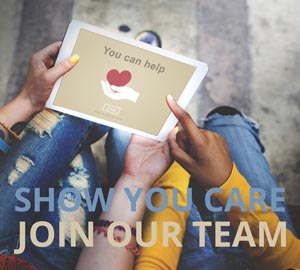